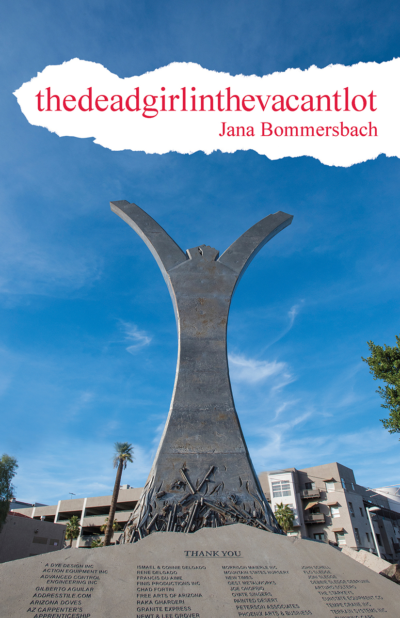 Investigative reporter Joya Bonner finds herself at the intersection of Central and McDowell in Phoenix, Arizona, lost in thought until the wail of police sirens bring her back to reality.

What the hell could be happening in Phoenix, Arizona at 4 a.m. on a January morning to bring out that much firepower? Before that entire sentence raced through her mind, Joya turned left to follow the caravan. She didn’t have the luxury of a free pass for speeding or racing through red lights, but fortunately, traffic was very light and she hit all greens or yellows.

She arrived at a vacant lot at McDowell and 41st Avenue minutes after the squad cars jumped the curb and circled a spot under a dying mesquite tree.

She parked on the far side of the lot and jumped out of her car.

She saw six officers at first, all crowded around something under the tree, something that inspired at least one to utter, “Oh, dear Lord.”

By the time she saw the two officers rushing forward to push her back, she was close enough to get a glimpse of what the dear Lord already knew. She had to see more. She jogged to the right, away from the approaching officers who were yelling at her to “Stay Back,” in their I’m-God-and-You’re-Not voice. But she didn’t stay back and she didn’t turn away and the horror kept growing.

There were times in her life when she misread a scene. When she had to look, really look, to understand what was going on. Like studying a painting to comprehend its story.

This wasn’t like that. This was like searing grill marks into a steak on a Weber. This was permanent. This image would never go away. She would be an old lady ready to die—thankfully she didn’t know she’d be 92, still sleeping in her Phoenix home in the same bed—and she’d see this image with the same clarity she had right now.

The girl was probably 12, 13. Couldn’t have weighed more than 100 pounds. Wasn’t much over five-feet. Her brow hair was torn out in clumps. Her skimpy skirt was blood-soaked and torn. He legs were blue with bruises. Her right arm laid so askew, it had to be broken. The bright red nails, on one hand, were ragged, like they’d snapped off as she clung to something. He face was half turned away, but the visible side showed a bloody nose and a purple eye. Her blouse wasn’t there. Something was scratched on her chest, but the blood obscured it.

The face of Joya’s goddaughter flashed across her mind. This girl was about the same age, the same height, the same weight. It wasn’t Tina, but it could have been.