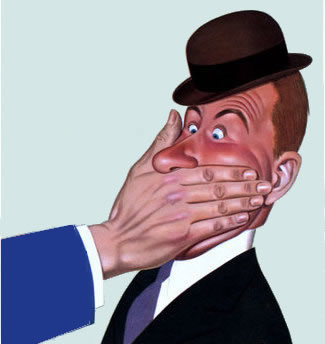 A proposition on the November ballot would destroy Arizona voters’ ability to directly tell their government what to do.


Tell me how you’d react if I told you I wanted to amend the Arizona Constitution to take away the power of the voter and give it to nonvoters.

I would tell you what you’d say, but my mother told me never to use bad language in public.

Yet that’s the shenanigan some folks are trying to pass off in the November election with a proposition they’re calling (with a straight face) “Majority Rules – Let the People Decide Act.”

In reality, this is the “Minority Rules – Never Let the People Decide Act.”

Proposition 105 on your ballot is one of the most ludicrous and dangerous ideas that has faced Arizona voters in a long time – probably since our 1912 statehood gave us the cherished right to go directly to fellow voters with new ideas.

Arizona is one of a handful of states, mostly in the West, that has the “initiative” process. It’s a “power to the people” move that says if the legislature or governor doesn’t confront an issue folks think is important, the people themselves can bring it to the ballot by collecting enough signatures from registered voters. This is one of our most honored rights, written in the original state constitution, which was the most progressive state constitution in the nation at the time.

Throughout Arizona’s history, the initiative has brought us all kinds of miraculous and mischievous things. On the right-hand side of the ledger, our strict immigration laws have come primarily through initiatives, including the one denying in-state college tuition rates to Americans born of illegal parents. English is the official language of Arizona because of an initiative.

Also, it was a 1992 initiative that demanded a two-thirds vote of the legislature to pass a tax increase.

On the left, it gave us the Heritage Fund to finance our state parks; it earmarked tobacco settlement money to expand health care to working families; it gave teachers badly needed pay raises; it made Arizona a leader in the “Clean Elections” efforts to get special interests out of elections.

Not one of those things – either on the right or the left – would be Arizona law today if Proposition 105 had been in effect. The margin was so thin that if a super-majority were needed, all of these measures would have failed.

Now, this scheme wants to take away the voice of voters and let nonvoters decide.

You read that right: It wants to take away the voice of voters and let nonvoters decide.

And if the very idea is making you see red right now, please take your blood pressure medicine before you read on.

Proposition 105 would demand that any initiative that has any financial impact – not just on the state budget but on private citizens or organizations – cannot become law unless it is passed by a majority of all registered voters in Arizona. Not all those who actually vote in the election, mind you, but all those who are registered. There is no other election in all of America that has such a mind-boggling requirement.

Here’s a quick math lesson to show why this would destroy the initiative process and allow nonvoters to overrule voters: In the general election of 1998, only 45.8 percent of registered voters cast a ballot, meaning that even if 100 percent of them said “yes” to an initiative, it would have failed.

We had a better turnout in 2006, with 64 percent of registered voters casting ballots, which means it would take 82 percent of them voting “yes” for an initiative with revenue requirements to pass. Proposition 105 would have killed three popular initiatives on the 2006 ballot: English as the official language, which passed by 74 percent of Arizona voters; the humane treatment of farm animals, which won by 62 percent of the vote; and the private property rights protection that passed with 65 percent of the votes. None of that would have been good enough.

So the 46 percent of people who didn’t vote would have decided those issues, not the 64 percent who did.

And I’d be remiss if I didn’t mention this: For almost 40 years, starting in the 1950s, every single bill to outlaw cockfighting died in the Arizona Legislature. But in 1998, citizens were finally given their first chance to ban this barbaric blood sport and did so with a resounding 68 percent of the vote. That wouldn’t have been enough under Proposition 105, and we’d still have cockfighting to this day.

What “financial impact” did cockfighting have on Arizona, you might ask, thinking perhaps things like this wouldn’t fall under the hatchet of Proposition 105. But every issue that voters decide on has at least an administrative or enforcement cost.

And please note this inconvenient truth: Arizona has some 2.7 million registered votes, but more than half a million – 19 percent – are listed as “inactive” by the secretary of state. That’s a nice way of saying they have died or moved away. If Proposition 105 passed in an election where only voters counted, would we be allowed to pay the cost of purging those rolls? Think about it.

So forget democracy if Proposition 105 were the law of our state. Forget the sanctity of the voter. Forget the power of the people. Forget majority rule. And welcome to “minority tyranny,” as one opponent put it.

The Arizona Hospital and Healthcare Association says this about the proposition: “It throws away the votes of responsible citizens who take the time to vote and gives power to people who do not vote.”

“I don’t know why supporters of Proposition 105 don’t trust Arizonans to make their own laws,” says Tim Hill, president of Professional Firefighters of Arizona.

When you look at it closely, the supporters of Proposition 105 not only don’t trust people who actually vote but they mind-read all those who stay home. In effect, they’re saying that those who don’t show up to vote are actually voting “no.” What? Tell me how this makes sense.

It doesn’t to the League of Women Voters, a nonpartisan group of women that studies issues and often is called upon to sponsor political debates.

“Democracy is not a spectator sport; one must vote to be counted,” says its president, Bonnie F. Saunders.

Sounds pretty fair and evenhanded to me; probably does to many reading this column; probably would to most Americans.

It certainly sounds that way to WESTMARC, a regional coalition of business, government and education groups in the West Valley. “WESTMARC believes in the fundamental principles of majority rule that our forefathers laid before us, and… this initiative actually violates those principles,” says its chairman, Ray L. Jones.

They think voters have been way too generous in passing expensive ideas for Arizona, and they want to put a stop to it.

A group called Americans for Prosperity argues this: “Every year, the governor and legislature are forced by voter-approved ballot measures to spend more and more money on certain government programs.”

They note that “almost half of the state budget is on autopilot,” because voters have told the statehouse what to do, which has created a huge budget deficit.

This group wants to stop that, “making it harder for special interests to enact new spending mandates.”

The “special interests” they’re talking about are primarily education and health care, which indeed account for nearly 60 percent of the state budget. Some of that is because of initiatives; most of it is because of Arizona’s responsibilities to educate children and care for sick people.

Another strong supporter of Proposition 105 is the Arizona Tax Research Association, a group that has opposed initiatives with any spending requirements for two decades. President Kevin McCarthy told me the effect of Proposition 105 would be to “slow down the damage being done to the state budget.” He notes that initiative-demanded spending cannot be ignored by the legislature. So when the budget needs to be cut, that’s not where the cuts come from.

News flash: That was kind of the point, Kevin. These were issues most voters felt strongly about and felt the legislature wasn’t committed to, so they took matters into their own hands. That’s exactly why the initiative is in the Arizona Constitution in the first place.

As McCarthy points out, this is the tax association’s third big attempt to “reform the initiative process and restore some sanity to fiscal policy development.” And one of those reforms has been passed by voters – the ones who actually came to the polls, not those whose apathy kept them away.

In 2004, the tax association sponsored a reform called Proposition 101, which requires a “dedicated funding source for required expenditures.” It’s now the law. So if you propose an initiative that demands funding, you’ve got to have a dedicated source of funds to even get it on the ballot. But that’s not good enough, McCarthy says. He thinks most initiatives that have passed in Arizona in the past 20 years have “served to damage the state budget in a major way.”

He even sent me a list. It includes all the pro-education votes; both votes to increase tobacco taxes and earmark the money for health care or early childhood programs; the money guaranteed for parks and open space; and the demand that taxes can’t be raised with less than a two-thirds vote. Whew! This guy really doesn’t like the initiative process.

So isn’t it interesting that they’re using the initiative process to destroy it? The word “irony” comes to mind.

The Arizona Farm Bureau likes Proposition 105 and stresses that it only applies to initiatives from the people – not issues referred to voters by the legislature. Their reasoning is that the legislature has “thoroughly debated” the issues it sends to voters. But the legislature only refers issues to the ballot when it can’t get them passed in the statehouse because the “thorough debate” didn’t convince a majority of elected officials that the idea was worthy.

Another supporter of Proposition 105 is Steve Twist, who in the 1980s was a mover and shaker in the Arizona Attorney General’s Office. He’s now in the private sector but is still active in right-wing political circles.

Here’s what Twist has to say: “Accepting less than a true majority of qualified voters means that a measure does not have the broad support that it should have before new taxes or new spending are forced onto the entire state.” There’s a new phrase for you – “true majority.”

I’m sorry, I like our state constitution the way it’s written, with plain old “majority rule.” I always thought that was the American way.

For a complete debate on this issue, read the Voter Information pamphlet you received from the secretary of state’s office, in which people can pay a small fee to write about their support or opposition to any issue on the ballot. The booklet includes nine endorsements for Proposition 105 and 26