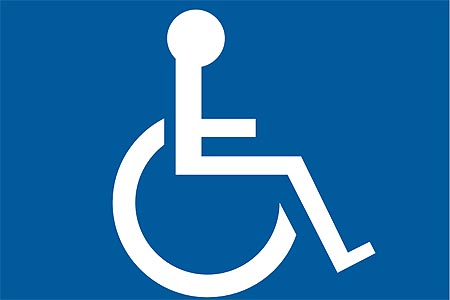 With the recent closing of Arizona’s office for Americans With Disabilities, The message that the state is sending to the disabled is clear.


KEN JACUZZI HAS SOME FABULOUS memories from 1990, when America came to grips with citizens who are disabled.

It was a long time coming – he’d already been in a wheelchair for 47 years – but when the first President Bush signed the Americans with Disabilities Act into law, Jacuzzi saw one of his life dreams come true: recognizing the disabled as full citizens who are assured access to all public buildings, and protecting them against discrimination.

The new law defined people as disabled if they have a physical or mental impairment that substantially limits one or more major life activities, such as seeing, hearing, walking, breathing or thinking.

When former Republican Governor Fife Symington called and asked him to set up Arizona’s program to comply with the new law, Jacuzzi didn’t hesitate to help.

Jacuzzi’s name is familiar for the most obvious of reasons. His father invented the “Jacuzzi” spa to help young Ken deal with the pain of his juvenile rheumatoid arthritis that left him dwarfed and distorted. The disease, which started as simple strep throat when he was 2 months old in 1943, spared him only two things: It didn’t render him blind, as it can do to some, and it didn’t impair his brain.

So there was nothing stopping Jacuzzi from establishing Arizona’s Office for Americans with Disabilities in 1991.

This was to be the place where Arizona’s disabled community could get answers about the new law, learn about the new rights of accessibility and equality, and troubleshoot problems. This was the place where every level of government would come into compliance with the law’s demands that citizens with disabilities no longer be shut out of public buildings. (Phoenix was already ahead of the game, thanks to the late Howard Adams, a wheelchair-bound councilmember in the 1970s who got the first accessibility laws passed in the state.)

And to put teeth into the new law, the federal government also gave Arizona a grant to pay for the new office. Jacuzzi was disappointed, however, that the state didn’t kick in some of its own money so the office could be fully staffed. “I left in protest after eight months because I had the impression they wanted me because of my name and weren’t really serious,” he says.

But over the years, the office distinguished itself, even with a tiny staff, and in 2005, Jacuzzi came back as its executive director.

Since then, they’ve done everything from create statewide emergency plans to field thousands of calls annually from people who needed their help. They held on with just two staff people, a handful of volunteers and a federal grant of $173,000 each year, which covered all expenses, including Jacuzzi’s $70,000 annual salary. (That modest amount covers the entire state, with its 6.5 million residents, while San Antonio operates with an annual budget of $250,000 for nearly 1.5 million people.)

And most significantly, not a penny of the money came from state taxpayers; all of it came from a federal grant. That still strikes Jacuzzi as being strange since Arizona’s disability community is surprisingly huge. “We’re the largest special interest minority group in the state,” he says. “We have 1.2 million citizens who are disabled.” Officials estimate that disabled citizens represent between 20 and 29 percent of the population in each of Arizona’s 15 counties.

So it came as quite a shock this past June when the state of Arizona closed down Jacuzzi’s office. He and his assistant were out of their jobs, the federal grants that paid their salaries were used for other things, and the disabled community found itself without the one place it could go for help. (A full-time state employee who already held other job responsibilities was “named” the state coordinator for the disabled but was given no assistance and no money to do the extra work; it clearly was a cosmetic appointment.)

But that was just strike one. Strikes two and three were around the corner:

• For the first time, the state Legislature allowed a state body to end, or “sunset,” when it refused to continue the Governor’s Council on Developmental Disabilities. (Lawmakers said they saw “red flags” when some leaders of the disabled community disagreed with the direction of the council.)
• Vocational rehabilitation services, offered through the state Department of Economic Security, are considered “so far down the line” in priorities that DES has refused to take new referrals for the past several months; if you weren’t in the system by July, you’re out of luck.
• Although this was hardly a year to try to expand social services, the state Attorney General’s Office didn’t initiate any legislation to reflect the newest amendments to the federal Disability Act. The second President Bush in 2008 signed into law new employment protections for people with disabilities – protections that had been eroded over the years in court cases. The amendments reaffirm Congress’ original intent that you cannot discriminate in the workplace because someone is disabled.

Amina Donna Kruck of the Arizona Bridge for Independent Living – one of the top agencies of its kind in the nation – calls all of these strikes “devastating.”
In her August newsletter, she lamented: “On the eve of the 19th anniversary of the Americans with Disabilities Act (July 26), Arizona public policy makers in power have thrown Arizonans with disabilities under the bus!”

Senator Huppenthal’s Pain
The pain of this year’s budget cuts – a pain that shows no letup as things look even worse for next year – wasn’t just felt by those who rely on state services for help, but was also felt by their champions. And one of them is conservative Republican state Senator John Huppenthal of Chandler.

Senator Huppenthal has been showered with honors and awards for his attention and diligence to the needs of the disabled. He proudly tells me he’s spent his entire career helping, advocating and developing policy for the disabled community. He’s been a champion for the blind, for the deaf, for families with autistic children and for special education students.

Among his many accolades, Huppenthal has been named “Legislator of the Year” by the disabled community.

But he’s also known as a fiscal conservative who hates government waste. Clearly, he doesn’t see programs for the disabled as government waste, and the pain of the decisions he had to make this year is evident: “I have seen programs devastated that I have spent over 20 years building,” he tells me. “It is painful to watch the unraveling of solid programs that have served our citizens well. People just don’t realize the extent to which the state is hemorrhaging. The budget cuts to the disabled particularly pain me. They are one constituency that needs and deserves our support, but the money simply is not there.”

Senator Huppenthal sees the situation as a “perfect storm” of financial disaster, arguing that Arizona spending kept increasing under a Democratic governor just before the economy went into the toilet. This year, there was a $3 billion gap between needs and revenues; next year it could be another $4 billion.

His view is the dominant Republican stance in this state, but that’s not how Democrats see it. House Minority Leader David Lujan says, “The Republican version of overspending doesn’t match up in reality – we’re dead-last in education spending in the nation; we’re in the bottom 10 of states for what we spend on social services. Our level of spending is so low we’re not providing basic services, and what happened to the disability community is a perfect example.”

Representative Lujan, a Phoenix Democrat, says the real problem has been “years of tax cuts for corporations rather than looking out for the well-being of Arizonans.”

And he adds that the disability community wasn’t even aware many of these cuts were coming before they were already made. “Other states have a lot better options than Arizona for disabled citizens,” he says, “and it’s going to be like that as long as we have the leadership we now have [at the Republican-controlled statehouse].”

Here’s a quick Arizona economics lesson: Almost half of our state tax revenue comes from sales taxes, which are down substantially since people are spending less. Another 33 percent comes from individual income taxes, which obviously are down since unemployment is up. Corporate income tax makes up 8 percent – again, on the downturn – and a variety of other things represent the last 10 percent.

Ken Jacuzzi Carries On
Ken Jacuzzi, 66, was unemployed and wheelchair-bound this summer when he was honored with one of the highest awards given by the disabled community: the Liberty Pioneer Award. While it should have been a thing of joy, it was a bittersweet moment. These days, he says, he has to search long and hard to recall any fabulous memories about how government is treating him and his fellow disabled citizens. And he’s spent a long, hot summer looking for another job.

The same ceremony also honored four lawmakers: Democrats David Lujan and Representative Kyrsten Sinema for holding 18 budget town hall meetings around the state; and Republicans John Huppenthal and Senator Carolyn Allen for speaking out for the disabled community. (Senator Allen wrote a personal op-ed piece in the East Valley Tribune encouraging citizens to “consider both our fiscal and moral responsibility to Arizonans.”)

Jacuzzi thinks one reason the disabled were trampled upon this year is that they haven’t shown themselves to be a potent voting bloc like, say, the elderly have. He hopes these “heartbreaking” changes will get people involved.

This economic situation is forcing Arizona to take a long, hard look at what it owes its citizens and how it can do that without an unfair tax burden.

But in the meantime, if you want to know what Arizona thinks of its disabled community, just look under the bus.