The Dirt on Clean Elections

The Dirt on Clean Elections 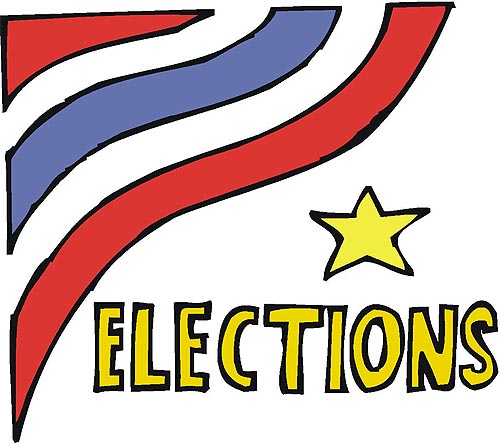 Clean Elections was supposed to keep big money out of public elections and give us better state government. Is it doing its job or just making things worse?.


I ENTHUSIASTICALLY VOTED TO CREATE THE ARIZONA CLEAN ELECTIONS SYSTEM in 1998 because, like a majority of Arizona voters, I wanted to open up the election system to more than the Chamber of Commerce toadies and the usual fat cats.

Call me strange, but I’ve never felt democracy belonged only to those who could buy it; therefore, I was the perfect supporter for a new system that said money would no longer be the deciding factor in Arizona elections.

Arizona was a leader in this “government reform” movement, joining Maine as the nation’s first two states to say you don’t have to be rich to run for public office. Since then, Connecticut and Wisconsin have come on board, and there’s even talk of a national system for congressional candidates.

Clean Elections promised three improvements: limiting the influence of special interest money, giving voters more choices, and helping new faces compete against the power of incumbents. What’s not to love in that list?

Clean Elections candidates don’t do any fundraising – they get their money for both a primary and general election campaign from a state fund created by a special fee tacked onto court fines.

All you had to do to become a Clean Elections candidate was collect a specific number of $5 contributions (220 for the Legislature, around 1,600 for statewide office).

So far, statewide polls show, the public solidly supports Clean Elections, with some 80 percent believing it is “somewhat or very important.”

It’s also been popular with politicians of all stripes: 70 percent of the state’s sitting lawmakers used Clean Elections at one time in their careers, mostly in their first run for office (including some who are now Clean Elections’ biggest opponents). For statewide office, eight of the 11 office holders used the Clean Elections system. And how about this: The number of female candidates running is up 34 percent since Clean Elections went into effect in 2000.

But a decade into our grand experiment, there’s a full-court press to eliminate Clean Elections – or at least make it gutless – in a year where multiple contests will be on the ballot.

The assault on Clean Elections started almost immediately after voters approved it, coming from conservative circles that find this kind of election reform distasteful. They offer many reasons, but it boils down to money – Republicans are tied to the business community that loves to finance elections, so they oppose anything that restricts their grab into that piggy bank. Democrats embrace this kind of reform for precisely the opposite reason – they want to counteract the political power of business money.

Clean Elections has withstood dozens of lawsuits challenging it on every front. Pending at press time is a lawsuit filed by the conservative Institute for Justice and the Goldwater Institute, which are attempting to eliminate the “matching funds” provision on the basis that it is “an assault on freedom of speech.” They contend that it “chills” a traditional candidate’s ability to speak if he knows an ad that goes over the spending limit will prompt more money for his opponent. The state counters that this amounts to freedom of speech belonging only to those who can buy it and says the suit really seeks “freedom from rebuttal,” charging opponents only want their side heard. Expect this to go all the way to the U.S. Supreme Court.

I started hearing the drumbeat against Clean Elections from Republican friends several years ago; they were particularly aghast that some of the clean candidates were – and let me put this kindly – nut cases. And they are talking about fellow Republicans! (Although some tried to spread the blame around by claiming the system also elected “liberal Democrats,” that was just a cover-your-behind move. Make no mistake, this fight is over Republican candidates.)

“It is universally believed we wouldn’t have so many extreme single-issue lawmakers if we didn’t have Clean Elections,” one Republican friend puts it nicely. (Those are the code words used to describe the no-taxes-hate-government-won’t-compromise-on-anything right-wingers.)

And in the last few months, I’ve been hearing my Democratic friends say the exact same thing: Just look at the Legislature and tell me this is reformed government – yeah, it reformed it into a rat hole.

When you’ve got Republicans and Democrats both saying Clean Elections has resulted in some ugly “unintended consequences,” you’ve got a political groundswell.

Like most Arizonans, I feel their pain. Who isn’t embarrassed at our Legislature?

I mentioned I was having real qualms about Clean Elections to a politician I particularly admire, and his response was pretty pithy: “To blame Clean Elections is to blame the flashlight for the cockroaches.”

Think about that for a minute. The flashlight didn’t create the cockroaches, it just lets us see them. Interesting point.

So I went searching for an intelligent debate on this issue to see if maybe my vote a decade ago wasn’t such a hot idea.

The one voice that has raised the most eyebrows is former Democratic State Chairman Jim Pederson, who helped bankroll the campaign to get voter approval of Clean Elections in Arizona. He recently told the Arizona Daily Star in Tucson, “I really thought it would open up the process,” but now he considers it a “mistake” because it has spawned more partisanship and extremism.

Senator Ken Cheuvront, D-Phoenix, told the Daily Star, “Some of these people who are ideologically oriented would never have gotten the resources to run if it weren’t for Clean Elections.” He says he wouldn’t be sad to see it go.

Clint Bolick from the Goldwater Institute doesn’t even have to go that far to voice his objections. “The last thing on earth we should ask taxpayers to subsidize is politicians,” he tells me. “We should not be forced to contribute to candidates whose views may be antithetical to our own. The best way to reduce corruption in politics is to reduce the stakes, by reining in government and holding elected officials to their limited powers.”

Although I admire and respect Clint, he takes a sidestep that I find intentionally misleading. Nobody’s “forcing” taxpayers to finance politicians. The money for Clean Elections does not come from a tax on all citizens, but don’t expect to hear that distinction from Republicans. In fact, everyone expects John Munger, a Tucson Republican who wants to be governor, to attack Clean Elections with a slogan like, “No tax money for politicians.”

Moving more toward the center, Arizona Town Hall has weighed in on this issue. The group, comprised of citizens, experts and elected officials statewide, said in its most recent report, “Public financing has severed the once-traditional link between the business community and the Republican Party in the legislature.”

That actually was one of the original goals. But the report goes on to lament what that means: “Now that the most ideologically extreme candidates are elected without mainstream or moneyed support, the business community finds it hard to sway legislators to do ‘what’s good for business,’ such as fund public infrastructure projects that benefit all individuals.”

The Town Hall report also cautions that getting rid of Clean Elections won’t be easy, noting that opponents will “have to change the public’s profoundly positive opinion about Clean Elections.”

For the most balanced viewpoint of Arizona politics, I turned to Dr. David Berman, a senior analyst at ASU’s Morrison Institute for Public Policy.

“Clean Elections is working,” he says. “It’s allowing people to run for office who wouldn’t have run without public financing. Some are wacko, but there are also some with popular ideas. The opponents to Clean Elections are questioning the wisdom of the voters.”

He says he finds it amusing that people don’t like election “reform” unless it “reforms” the system to favor them.

The real problem in Arizona, he notes, isn’t Clean Elections, but rather that our legislative districts are so skewed to one party or the other that there’s no real competition for public seats. “The way districts are carved up don’t reflect the majority of the people in the state – that’s the great disconnect,” he notes. “I’d focus on changing the district system to make it more competitive.”

He’s right. Of the 30 legislative districts, 26 are considered “non-competitive” because the voter registration favors one party. Therefore, the winner of the primary election will automatically win the general election. Republicans complain their “fringe groups” control the primary, and that’s how the wackos get in.

Todd Lang, who runs the Clean Elections Commission, says, “If you don’t like the choices voters are making, the solution is not to take away their choices, but to educate voters.”

I have to agree. I’ll take Clean Elections and its wide variety of choices over the old system where big money was in control. I stand by my vote of a decade ago.