What Would Janet Do?

What Would Janet Do? 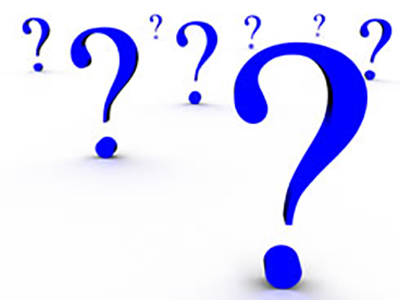 In the midst of Arizona’s budget crisis, and with a new governor blaming her predecessor, we have to wonder what Janet Napolitano would’ve done to get us out of this mess.


I have a new morning ritual in the lovely little room where I have breakfast. I pick up the newspaper, read about yet another stink bomb from the Arizona State Legislature, and I scream.

Every day it seems more budget cuts are announced, more programs are trimmed or eliminated, and more jobs are lost in Arizona, which I fear is quickly becoming America’s Third World state.

When those stories aren’t making me crazy, Republican Governor Jan Brewer is badmouthing – again and again – her predecessor, claiming the budget calamity is the fault of former Democratic Governor Janet Napolitano, who announced late last year that she would give up her seat in January to become President Barack Obama’s Secretary of Homeland Security. Brewer has called Janet a spending freak who drove Arizona into the ground, and now poor Jan has to clean up the mess.

I don’t know if I should laugh or cry, so I just scream out of frustration. You need to know a few things:

• Arizona is last in the nation on what it spends per capita at both the state and local levels. Or, to put it another way, we’re America’s cheapskate.

• Arizona ranks 34th in the nation on overall taxes for state and local government; 40th in personal income tax; and ninth in sales taxes – precisely why we’re in such a pickle, since most of our budget depends on a robust economy to produce sales taxes. State property taxes were “suspended” three years ago; they used to collect $250 million a year, which went to education.

You don’t hear any of that from Governor Brewer when she’s bashing her predecessor. Did she forget that Napolitano was one of the most popular governors Arizona has ever seen? Janet got re-elected in a red state with 65 percent of the vote, and when she left town for D.C., her approval ratings hovered around 70 percent, according to media reports. Guess the public was just blinded by her good looks.

So that’s why I have to ask the simple question: WWJD? What Would Janet Do? What would Arizona be like today had Janet not gone off to Washington, D.C.? How would her approach to the budget problems differ from what we’re getting out of the Republican Legislature and the new Republican governor?

To get there, we need to stop rewriting history – a common pastime of Republicans lately, like when former President George W. Bush claimed in his last news conference that he “inherited” a recession when he came into office. In fact, he inherited Bill Clinton’s surplus and then proceeded to not only squander it but to drive us into this economic morass. Or how about Republican Congressman Steve Austria of Ohio, who recently told The Columbus Dispatch that President Franklin Roosevelt “put our country into a Great Depression” when, in fact, the Depression began in 1929 and Roosevelt didn’t even become president until 1933?

“In Arizona, the Republican version of revisionist history is to say Janet Napolitano was responsible for the mess the state budget is in because of her reckless and runaway spending. What? Do they think we’re daft? Do they seriously think we believe Arizona is the only state with this problem? Sorry, folks, but everyone is in this boat because the economy has gone to hell. Every state except North Dakota is facing very tough times as tax collections come nowhere near the levels they need to fund the services that government provides citizens.

OK, so we might all be in the same boat, but maybe it’s worse here because Janet was an awful governor and pushed through budgets over the helpless Republicans.

But it’s really hard to sell that line when Republicans controlled the Legislature the entire time Napolitano was governor. In fact, Republicans have controlled both houses for most of the past four decades. All but one of her budgets had bipartisan support, meaning both Republicans and Democrats approved the budget that was sent to the governor.

Take 2007, when the House passed the state budget 38 to 21, with 12 Republicans, including the Speaker, voting yes. The Senate, meanwhile, passed it 23 to 5, with 11 Republicans, including the Senate President, voting yes. The big exception to a bipartisan budget was Napolitano’s 2009 budget, which, contrary to the lamentations of our new governor, did not increase spending but had more than $311 million in spending reductions.

Yes, before the new Legislature convened on January 12 – and Jan Brewer became governor on January 21 – the existing budget had already seen extensive cuts to offset the lack of tax collections. But by then, the economy fell even further, and everyone knew there was more work to do. After all, the state is required to balance the budget, but the Republican-dominated Legislature raced so quickly with its machete, that by 2 a.m. on Saturday, January 31, it had cut the state budget to shreds, surely the fastest slash-and-burn move seen by any legislature in the nation.

That haste has Democrats and many constituents seeing red. And it’s from that initial point that everyone sees the difference between Jan and Janet.

“Janet would have seen that Arizona stands to receive about $1 billion in federal stimulus money for education, and she’d have said, ‘Let’s wait and see; we may not have to cut so deeply,’” says state Rep. David Lujan, D-Phoenix. “She would have tried to buy time until an economic turnaround, and if none was in sight, [she] would have tried to at least save the vital needs of Arizona. But the Republicans wanted to cut right now. They ended up making the single largest cuts in education in the history of the state.”

How do you do that, he asks, in just 19 days? And to an education system that already ranked near the bottom of all 50 states?

Those speedy cuts are widely seen as a frontal attack on public education, from kindergarten through the university system. ASU President Michael Crow, who has announced breathtaking cutbacks to meet the state’s budget demands, has publicly accused Senate Appropriations Chairman Russell Pearce of such attacks. “Now, Mr. Pearce says he doesn’t care whether the university is open or not,” Crow told the media. Although Pearce calls that an “outrageous fabrication,” he has been on radio saying the university cutbacks aren’t so bad because we’ve got this community college system.

It is precisely that kind of short-sighted, backward thinking that is scaring many people in Arizona – including me – and is diametrically opposed to Napolitano’s approach: She was a champion of education and new technology. She looked out for the state’s future.

One of the most stunning examples is how Republican lawmakers bragged about destroying the 21st Century Fund that supported research in bioscience, medicine and technology using public and private money. The fund financed the nonprofit Science Foundation Arizona. Republicans took every penny of its $25.5 million bank account, erroneously calling it “corporate welfare” when, in fact, it was seed money for a job generator and a research hub.

Another example is that Napolitano would have protected agencies that actually bring revenue into Arizona rather than cut them so badly that they can’t do their jobs. The Department of Revenue, for instance, is seeing cuts that will hamper its ability to go after delinquent taxes. The Attorney General’s office is laying off attorneys and will be less able to prosecute criminals, including environmental polluters who would face millions in fines.

Nothing reflects the difference without Janet more than the priorities she would have taken into this budget crisis. In her budget message before leaving Arizona, she laid out her “critical objectives”: “Improve education… protect our most vulnerable citizens… maintain public safety… promote the long-term health of the state’s economy.”

Contrast that to the “top priorities for the next 45 days” announced by House Republicans in February. They include: Permanently repeal the state property tax (that tax would raise about $250 million annually and amounts to about $95 annually for the owner of a $250,000 house and just under $1,000 for a business property worth $1 million); ban late-term abortion; pass a one-year suspension on any state rulemaking; create legislation to allow toll roads; and reconsider the Western Climate Initiative that is trying to combat global warming.

I wish I were making that last paragraph up, but I’m not. Every poll shows Arizonans are most concerned about jobs and education, and these folks are making a fuss about toll roads and rulemaking? Don’t they live in the real world?

I see two horrible things here: a mindset that is anti-government and a vindictive streak against Janet Napolitano. It seems that too many in the Legislature are intent on “starving the beast,” making sure there’s no money for government to do much at all – and citizens are quickly realizing what a horrible philosophy that is. And then there are those who are intent on destroying everything Janet built in her six years as governor – from all-day kindergarten to better pay for teachers to health care for poor children.

And don’t forget this: The only reason more education cuts weren’t made is that voters, in their wisdom, have demanded a level of education spending the Legislature can’t muck with. Had those protections not been in place, things would be even worse. Watch as Republicans try to eliminate those protections in the future.

In a recent op-ed piece in The Arizona Republic, Mesa Republican Russell Pearce bemoaned that the Legislature must follow the leads of families facing tough times by cutting spending. But that’s where his family lessons stop, so I have to ask him: What good papa or mama would quit one of their jobs in tough times, like Republicans want to permanently quit the state property tax? Maybe he doesn’t know that the tax we haven’t been collecting the past three years would have completely funded all-day kindergarten.

Most Republicans in the Legislature – along with Governor Brewer – have signed a “no tax increase” pledge, that being the only thing they think important enough to swear to. Any talk of tax increases is stuck on making those increases skimpy and temporary without recognizing the real needs of the state. But I think Arizona lawmakers are wising up to exactly why we’re in this position and how we’ll never get out of it.

Here’s a tidbit that should terrify you to your core: The budget for next year is going to be even worse, with revenues estimated to fall $3.5 billion short of state needs. We could close all our universities and all our prisons and still be about a billion dollars short. We simply cannot survive by cutting the budget alone. To try and do so would make this a state not worth living in, certainly not worth moving to and, ultimately, not worth doing business in.

WWJD in this situation? If she were still here, she could see the long-term impacts of such short-sighted cuts and be fighting them every step of the way.