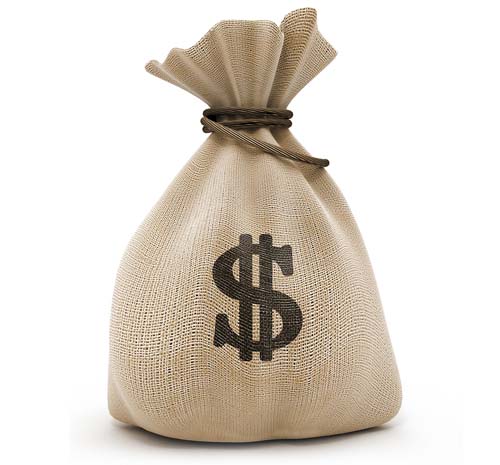 BUT THE BOGUS CRIMINAL CHARGES SHE FACED COST HER EVERYTHING, AND NOW SHE’S SUING TO GET SOME SEMBLANCE OF HER LIFE BACK.


SANDRA DOWLING WANTS TO KNOW how she can get it all back: her name, her reputation, her political career. For almost two decades, she was the Maricopa County School Superintendent – reelected on the Republican ticket five times since 1988 – who fought like a tiger for the kids everyone else forgot: notably, the homeless children who were given their own school that earned national praise. But all that is gone now in what will go down in Arizona history as one of the most vindictive – and stunningly humiliating – prosecutions of a public official.

But the sad thing is this: The humiliation isn’t being felt by the Maricopa County Board of Supervisors, which launched this vendetta in 2006 in a power play; nor is it felt by Sheriff Joe Arpaio’s investigators, who did a lousy job in trumping up phony charges; it isn’t felt by the Arizona Attorney General’s Office, which I think was snookered into taking a bogus case. No, the humiliation rests on Sandra Dowling, the innocent woman at the center of it all, because some people will always believe that “where there’s smoke, there must be fire.”

Sadly, her name will probably forever ring this bell: “Indicted on 25 counts of theft, fraud and misuse of public money in connection with Thomas J. Pappas School for the homeless.”

But this is the bell her name should ring: “Sandra Dowling was unfairly and unjustly accused of crimes she didn’t commit.” She didn’t steal a dime; she didn’t divert any money for her personal use; she didn’t misuse a penny of public money.

I’ve known the truth for a long time – even wrote about it in September 2007. The headline asked, “Is Sandra Dowling an Innocent Woman?”, and PHOENIX magazine stood almost alone among Valley media outlets in not branding her “guilty as charged.” (To view that story, visit phoenixmag.com/extras.)

That accusation was hardly true. Consider the backstory we uncovered:

Dowling was accused of stealing $1.8 million from the homeless kids, but not a cent of that money was stolen. It was always in the fund where it belonged; the real fight was over who had control of those funds – the school superintendent or the Board of Supervisors. Sandra and the County Board already were in civil court duking out this issue before criminal charges were filed against her.
She was accused of diverting $89,000 in a bequeathal to Pappas School for “her private foundation.” But the Schoolhouse Foundation where that money went exists solely for the benefit of Pappas School.
She was charged with hiring her adult children (didn’t); receiving a kickback from a real estate deal (didn’t); and hiring expensive lobbyists on the public dollar to get her a job with the former Bush Administration (didn’t).

Yet, all this was surprising news to our readers in 2007, who had been fed a steady diet of charges without any digging. I was ashamed of most of the media because this case showed them to be both blind and lazy. From the day the indictments were announced in November 2006, most of the Valley’s media outlets took Sandra’s guilt as a foregone conclusion.

Since all the criminal charges were dropped in 2008, The Arizona Republic has bemoaned what a shame it was she went through all that, but for two years, its news pages indicted her again and again. Some television reports almost begged for prison time.

What struck me as so absurd is that, if any one of those reporters had bothered to read the court file, they would have had the same questions I had about her guilt. They would have seen that the charges were trumped up, and they would have wondered about the real reason the county was trying to get rid of this redheaded school superintendent and former Marine. (Sandra believes the supervisors wanted to get their hands on the valuable Downtown piece of land where the Pappas School sits, and I think she’s right.) Just watch the Republic headlines on how the City of Phoenix and the Downtown ASU campus are salivating over this land near Seventh Avenue and Van Buren Street.

The case is all over now. Not one of the 25 counts was valid, the court eventually ruled. Not one. Legal experts say they’ve never seen 25 felonies dismissed with prejudice, meaning they can never be filed again. It’s a record that bestows special respect for her attorney, Craig Mehrens.

But the U.S. Attorney’s Office, which had inherited the case from the Arizona Attorney General, was reluctant to acknowledge the truth unless it had “something” so that county and state officials wouldn’t look so foolish. (Face-saving is a big deal in cases like this.) So Mehrens suggested she plead guilty to a misdemeanor for hiring her teenage daughter one summer eight years earlier at minimum wage. This is considered patronage – a minor crime.

Imagine that: She originally faced charges that could send her to prison for 20 to 30 years and ended up with a slap on the wrist. It was like dismissing charges of first-degree murder and substituting a charge of jaywalking.

Her case isn’t just about one woman. It’s about how officials with police powers can run amok.

I’m having lunch at Maizie’s on Central Avenue, and I’ve spent the first few minutes chit-chatting with Sandra Dowling, this woman whom I’ve known for 20 years, but now she wants to get down to business. She looks me straight in the eyes and asks, “Do you think I could run for office again?”

Oh man, I never thought she’d ask me that. How do you tell someone that it’s foolish to even consider she could resume a political career? How do you shove the truth down her throat – that regardless of the fact that you are an innocent woman, voters will never choose your name again?

See how bravely I can write those words now that I’m alone in my study and Sandra isn’t looking into my eyes? I wasn’t that brave that day. I wasn’t firm and direct. I hesitated and then said something like, “You know, I think you should move on.”

She nods and admits she’s trying, going into real estate with her kids, spending more time with her husband.

But it’s hard to forget a nightmare, especially one that spread to everyone you loved. Even now, the lengths that certain folks went to destroy her seem astonishing.

Let’s start with the night the sheriff’s SWAT team showed up.

It was around 6:15 p.m. on January 25, 2006. Sandra and her husband, Dennis, had been meeting all day with attorney Mehrens because she and the county board were at odds over the funding of Pappas School.
“That was the day Don Stapley [of the Board of Supervisors] told me on the phone he’d do everything to embarrass me so I’d never be able to run for office again,” she remembers.

While they were busy, their daughters Meghan and Erin stopped by the house to feed Oscar, the mini Dachshund Sandra considers her fifth child. When the girls left the house, they noticed five cars parked near the entrance of their street and got suspicious, so they turned around and drove back. In that short time, 34 SWAT team members with drawn rifles had broken into the Dowling home. The girls are convinced the team had waited for them to leave so they could stage a forced entry.

“They broke through the window and locked everyone out,” Sandra says. Erin demanded to see a search warrant and told her mother they wouldn’t show it to her – it apparently arrived 15 minutes after officers had already broken in.

“They wouldn’t give us Oscar; they said he was evidence,” Sandra remembers, after her daughters pleaded for the dog. Eventually the door opened and Oscar rushed toward Meghan. Officers told her the dog had to go back into the house, but she wouldn’t give him up. Nobody knows what had happened, but Oscar had been injured in the house, and his back was dislocated.

Sandra and Dennis came home to chaos. Not only were SWAT team members all over their house, a sheriff’s helicopter was overhead. It was more firepower than anyone on that nice residential street had ever seen. “Can you imagine what this cost the county taxpayer?” she asks now.

Dennis called Mehrens, who told him to grab Sandra and get out of there. Just leave so there would be no excuse to arrest them. They went to a friend’s home. All her neighbors were outside on the street. (The rumor running wild was that she had stashed $3 million in school funds and officers were trying to find it.)

She says they left the house in shambles, but none of that was as important as what they did to her dog.

“Some people laughed at me for bitching about my dog being hurt,” Sandra says, wondering what kind of people would find that funny. She describes that day thus: “Take the worst day of your life, multiply by 1,000, and it’s 100 times worse than that. I’ll never get over it as long as I live. It’s like childbirth – until you’ve been there and done it, you can’t explain it.”

And it was just the beginning of the harassment she and her family would long endure.

“Every one of my four kids was followed by sheriff’s officers and stopped. My son Kyle had just come back from a year in Iraq. Erin was stopped one night about 8:15 leaving Arrowhead Ranch and given three sobriety tests. Meghan was stopped on her way to work one morning. My son Dennis was stopped at 7 a.m. leaving a job. None of my family had ever been stopped by sheriff’s deputies until this.”

She says her staff at the county school superintendent’s office also was harassed. Some were called by county investigators in the middle of the night for phone interviews; a couple went to the hospital with panic attacks; several were followed by sheriff’s deputies for months.

Sandra says the news also affected her life at St. Thomas Aquinas Catholic Church, where she’s been a parishioner for years. Watching fellow parishioners turn against her is a pain she says she’ll never forget: “Nobody would hold my hand during the Lord’s prayer,” she says. “I was a Eucharistic minister who hands out Communion during Mass, but my name was taken off the list. At one point, [the priest] called and suggested I not come to church until this was cleared up.” She’s now back at Mass and many of her fellow worshipers have opened their arms again, she says.

Sandra officially filed suit June 3 against Sheriff Joe Arpaio and the Board of Supervisors, trying to get back the hundreds of thousands of dollars in attorney fees that have put the family on the brink of financial disaster. She also wants them to pay for misusing their powers and for malicious prosecution.

And she thinks it’s ironic that Don Stapley, who orchestrated the attack on her, is now being attacked himself. Based on an investigation by Sheriff Arpaio’s office, Stapley has been indicted on 118 felony and misdemeanor counts alleging he failed to disclose his involvement with several land deals and business connections. He says it’s a political vendetta and that he’s done nothing wrong.

Still, Mehrens couldn’t resist rubbing it in. He called his old friend, Tom Henze, the defense attorney for Stapley. He started the call with a simple message: “Tell Don Stapley that what goes around comes around.”

Sandra knows she should commiserate with Stapley – after all, she knows first hand what he and his family are going through. But the pain is still too raw. Maybe someday, she muses, if she ever gets it all back.