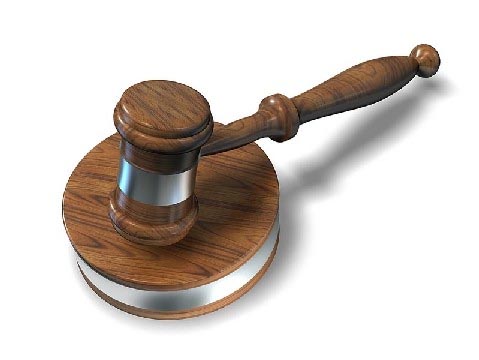 For all of the recent legal investigations involving two Maricopa County officials, it was a little-known Phoenix judge who blew the whistle on them first.

The FBI has probably never heard of the Encanto Justice Court.  The Arizona Supreme Court might not even know the name of its judge, Justice of the Peace C. Steven McMurry.  But as these two powerful bodies investigate the two most powerful and notorious public officials in Arizona—Maricopa County Attorney Andrew Thomas and Sheriff Joe Arpaio—they’re going to be amazed to learn that this obscure judge in a small-claims court tucked away in Downtown Phoenix struck the first blow in this unfolding political drama.

I always thought the downfall of Thomas and Arpaio began in December 2009 when Yavapai County Attorney Shelia Polk revealed their gross misuse of power.  Then came the rulings earlier this year Fromm County Superior Court Judge John Leonardo, who disqualified Thomas for prosecuting county officials, citing “his attempts to gain political advantage by prosecuting those who oppose him publicly,” along with “his alliance with the Maricopa County Sheriff who misused the power of his office to target members of the [board of supervisors] for criminal investigations.”  Then came the announcement of both federal and state investigations.

I thought the worst abuses were focused on county officials, including Supervisors Mary Rose Wilcox and Don Stapley.  But then I learned about ordinary citizens who’d felt the same kind of heavy handed assault, arrest and prosecution, and I learned how Judge McMurry gave Thomas and Arpaio their first smackdown.

IT WAS DECEMBER 17, 2008 about 10 a.m., and the “public comment” section of the regularly scheduled Board of Supervisor’s meeting was underway. Several people addressed the board. One man sang to them.  Much of the audience applauded.

Then Raquel Teran of Maricopa County Citizens for Safety and Accountability (MCCSA) came to the microphone.  Her group has staged protests for months against Arpaio’s immigration “sweeps” into Hispanic neighborhoods looking for illegal aliens, but arresting American citizens of Hispanic descent, too. And for at least six months, her group had sought to bring its concerns to the board of supervisors, either personally or in a public meeting.  This public meeting was their first opportunity.

But Teran had a new concern: she wanted the board to know that two days earlier, four women from her group were arrested by sheriff deputies while sitting in the waiting room of the supervisor’s offices, waiting to see Supervisor Andrew Kunasek, a northeast Valley Republican who chairs the board. In this audience were some of those arrested women, who’d been released on their own recognizance, including Kristy Theilen and Monica Sandschafer, who both work for the Association of Community Organizations for Reform Now (ACORN) and are active in MCCSA.

“It is now a crime in Maricopa County for a citizen to sit on a chair in a public building in a public lobby waiting for the opportunity to speak to the chairman of the board,” Teran lamented. “Nobody likes a bully and we will not be bullied.”

As she left the podium to audience applause, Kunasek said, “I ask respectfully to not clap. It’s  hard to hear the next name [called to speak].”
Two more people spoke; two more times the audience applauded, and  Kunasek never responded.

Then Guillermina Pichardo, a new American citizen who had been one of those arrested two days earlier, had her words translated, as she addressed the board in Spanish (she speaks some English but is more comfortable in Spanish in “stressful times,” her friends explained.) Like others, she was protesting the actions of Sheriff Arpaio.  As she left the podium, several people stood and clapped.

Kunasek repeated his command: “I ask you to restrain yourself and conduct yourself in the manner appropriate to a public meeting.”
He then called the next speaker, Kristy Theilen. As she made her way to the podium, a sheriff’s deputy grabbed her arm and twisted it behind her back, telling her “Miss, you’re not speaking, you’re leaving.”  At the same time, deputies arrested  three other members of MCCSA from the crowd—singling them out from the two dozen or so who had stood and clapped.

As Theilen was led away, Kunasek called the next speaker, Monica Sandschafer, but she was already getting arrested.
“ I’m not being allowed to address you,” she told the board, and then admonished: “Is this how you run your county, please stop this.”  Kunasek called her name a second time.  “That’s me, sir,” she yelled back as a sheriff’s deputy led her out of the room.

The only member of the Board of Supervisors to voice any concern was Mary Rose Wilcox.  “Andy, this is getting crazy,” she said.  Kunasek ignored her and continued calling people to the podium, including more members of MCCSA who expressed their “shock” and “outrage” over what they’d just seen.

Eventually Kunasek told the audience, “I apologize, but I don’t direct law enforcement on how to maintain the peace in a public meeting.”
It is important to know this: The total time of the applause and standing ovation was 19 seconds—just 19 seconds until sheriff’s officers swooped in to make arrests.

I’ve covered hundreds of public meetings like this during my journalism career, and this hardly qualifies as a “disruption” of a meeting. Those 19 seconds didn’t delay the meeting, and they didn’t prevent Chairman Kunasek from calling the next speakers.

Let’s contrast that with a board meeting six months earlier on June 18, 2008. I saw the video of this meeting on You Tube, and guess what? A  woman who supports Sheriff Joe’s immigration policies ended her comments to the board by asking everyone who supports Arpaio to stand up and applaud.  Many in the audience did, including some members of the Supervisors. They not only clapped, but cheered. That video doesn’t have a time code, but it goes on much longer than 19 seconds and stopped the meeting in its tracks.

“There was absolutely no effort by law enforcement at that meeting, however, to restrain or discipline the crowd,” a judge would note much later in ruling on these arrests.

But that December day, the reaction was totally different and four protestors were handcuffed behind their backs and paraded through the public lobby of the Supervisor’s building on their way to jail.

The four spent the entire day and most of the night in jail before finally being released on a $25 bond (the county had sought a ridiculous $3,600 bail that the judge rejected.) They were eventually charged with two crimes: disturbing the peace and intending to “prevent the transaction of the business of a public meeting.”  When word of what had happened spread, several attorneys volunteered to represent them, including Sean Larkin for Monica Sandschafer.

“These charges are misdemeanors and in Arizona, that means you don’t have the right to a public defender, so these people were on their own,” Larkin tells me.  “They could have faced six months in jail.  The county attorney offered them a plea bargain to let them go free if they pled guilty, but  they wouldn’t, so they put themselves at risk by going to trial.”

He noted that you’d expect a junior prosecutor to take such a case—misdemeanors are minor crimes with limited financial or jail time–but instead, Thomas assigned one of the county’s most experienced criminal attorneys who normally tries felonies, or major crimes that carry large fines and long prison terms.

Perhaps Thomas sent in a “big gun” because by the time this case came to trial on August 31, 2009, he’d already lost several similar cases where the sheriff’s office had arrested people protesting Arpaio’s policies (a judge threw out the charges). But apparently, that didn’t tell the county attorney the arrests were ridiculous; instead, it made Thomas turn up the heat.

The trial in this case lasted two days. The county attorney presented his evidence, including the testimony of Sgt. George Acritelli, who was in charge of courtroom deputies that December day. He defended the arrests and told the court he would do the same thing again.

After the state rested, Justice of the Peace Judge C. Steven McMurry noted there was no need to mount a defense. He said these arrests clearly violated the First Amendment to the United States Constitution and their prosecution was “malicious and without probable cause.”

He noted that when Chairman Kunasek called the two women to speak, that “demanded that the law enforcement in that room back off and let them come up and express themselves and petition the government for redress of grievances. The officer should have know that…when Kunasek called upon them and invited them to the podium that trumped everything.  The First Amendment and the right to petition your government trumps.”

Judge McMurry not only set the protestors free, he said he wanted to underscore how wrong this all was by making the county attorney pay their legal fees.  He asked both sides to submit written memos on the payment.

Things only got worse after that. On November 30, after getting the memos from the county attorney’s office,  Judge McMurry went ballistic. He wrote that he was so “startled” at how the county attorney had distorted the events that he went back and “reviewed anew all the recordings submitted in this action in their entirety.”

On the audio tape, Kristy Theilen is heard referring to the actions of Deputy Acritelli “as those of a ‘fascist’,” the judge noted.
But he concluded that it wasn’t Theilen or anyone else trying to address the board that “disrupted” the meeting, it was Sgt. Acritelli doing the disrupting, and he called it “perverse” to arrest someone who is being called forward to speak at a public meeting.

“The Court now sadly concludes that Ms. Theilen’s description of the events is more balanced and objectively accurate than that of the County Attorney,” the judge wrote.“Moreover, it is important to note the message constantly telegraphed by Deputy Acritelli by his words and manner at both the Supervisor’s meeting and his courtroom appearance.  Deputy Acritelli communicates that he believes that it is his role to make uncomfortable anyone who express views that disagree with the Sheriff. Were he to be candid, he would probably acknowledge being somewhat proud of it.”

That attitude does “tend to justify Ms. Theilen’s epithet,” Judge McMurry concluded.
He ordered the county to pay the defendant’s attorney fees.  The county attorney’s office is appealing that decision.  But when I called to seek comment from Maricopa County Attorney spokesman Barnett Lotstein, he didn’t call me back.

I did hear back from Maricopa County Sheriff’s Office spokeswoman Lisa Allen, who insisted that officers were “doing their job” in arresting the protestors.  When I cited some of the judge’s words, she dismissed him, saying, “He was appointed by Mary Rose Wilcox, so he’s in her corner. Our understanding is Wilcox named him to the bench.  He wouldn’t like what we do because he’s more in line with her thinking and he’s entitled to that.  He did his job and we did ours.”

Except she’s just plain wrong. The record shows, and Justice McMurry confirms, that Wilcox had “nothing to do” with his judgeship. He’s been a Justice of the Peace for 12 years, being elected three times by Maricopa County voters. (That was after spending 20 years practicing law.)  He currently is seeking reelection.
Sandschafer lauded Judge McMurry’s “judicial courage” in standing up to Thomas and Arpaio, who at that point were still publicly unchallenged.

It would take another month before Shelia Polk’s public letter unmasked  Thomas and Arpaio. And two months after that before Judge Leonardo would make his ruling against Thomas.

Until then, it was Justice of the Peace C. Steven McMurry who dared stand up to Arpaio and Thomas. As he wrote on November 30: “This is such an extreme case, with Sheriff’s Deputies trampling on the First Amendment and being aided and abetted by the County Attorney.  It has to stop.”