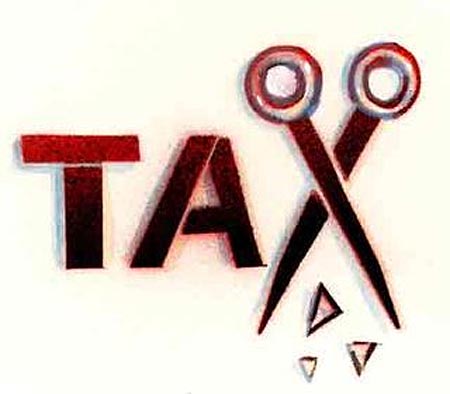 An anti-tax group has a radical plan to balance the state’s budget. Could it work, or would its drastic cuts dismantle Arizona’s government completely?


Guess what: There’s a way to balance Arizona’s state budget without costing taxpayers an extra cent. Arizona can cut its way out of this multi-billion-dollar budget mess if only we follow the blueprint recently proposed by the Arizona chapter of a national anti-tax group called Americans for Prosperity. “The current fiscal crisis should be seen as an opportunity to clear out the deadwood in state government,” the group claimed in its December report.

Although everyone agrees government must severely cut back, Republican Governor Jan Brewer has said for the last year there’s no way to cut our way clear, but that we need a temporary sales tax to bring in more money.

Are the anti-tax folks onto something? Do they have a magic wand? No, they have a samurai sword. Basically, they want to privatize everything, including the entire K-12 education system; eliminate most state agencies; erase virtually all government-oversight commissions; and sell off major state assets.

“You could do it if you don’t care about the consequences,” says Morrison Institute for Public Policy fellow Dr. David Berman. “You can also pull all the lifeline cords at the hospital. It is a heartless exercise to do anything to avoid a tax increase – there are worse things than a tax increase.”

Marty Shultz, a long-time community activist and vice president of government affairs for Pinnacle West Capital Corp., says, “To think we can cut our way out of the problem is folly – the legislature has pretty much cut the budget to the bone now, and this is a conservative Republican talking.”

The group’s 15-page proposal is one of the most frightening, cold-hearted, selfish, mind-blowing documents I’ve ever read. This is a report that sees nothing good in government and nothing bad in the private sector.

Their complete faith in the private sector is naive and irresponsible considering that the greedy private sector threw us into this economic mess. While conservatives blame government, others contend it was the almost nonexistent government oversight during the Bush Administration that let financial institutions run amuck.

Plus, the anti-tax folks grossly misrepresent what’s been going on at the statehouse to make themselves sound like saviors. Get this from the cover letter of their report:

“While the private-sector employers and employees have experienced real pain during this recession, large sectors of our state government budget have escaped relatively unscathed, so far. Five of the state’s largest government programs – AHCCCS (Medicaid), K-12 education, universities, health services and economic security – have not seen any significant state-level cuts during the past three years…. Indeed, the only state-level reduction in any of those five programs… was a modest (and much-needed) three-percent reduction in K-12 education.”

Almost nothing in that statement is true. Here’s some detail to show the real story:

• Arizona Department of Economic Security Director Neal Young reports that his agency has lost 31 percent of its general fund money since 2008 (from $808.3 million down to $555.2 million) and now is being told to cut another 15 percent.

• Arizona Department of Health Services acting director Will Humble reports his agency’s state money was reduced by $60 million in 2009, which resulted in a 70 percent reduction in basic public health services and a 25 percent reduction in staff. And he has to cut more this year.

• Basic state aid for K-12 education has been cut by $270 million, while Arizona districts have stopped building schools (another $400 million cut) and repairing schools (another $70 million), notes John Hartsell, director of public relations for the Arizona Education Association. “We’re seeing these reductions in K-12 in a state that is already 51st behind the other states and D.C. When you cut education at the state level, you put the onus on local districts to raise property taxes, because there are things you have to do to provide a decent education to our children.” (While he places us at 51st, other studies say we’re 46th or 49th. Regardless, all are embarrassing.)

• Arizona’s three universities have seen $230 million in cuts in the past two years, with a loss of more than 2,000 employees, Arizona Board of Regents’ President Ernest Calderon tells me. At the University of Arizona, 24 academic programs were eliminated and nine others were merged. Northern Arizona University has closed its extended campus sites in Nogales, Payson, Globe, Holbrook and Avondale. At Arizona State University, state general funds have been reduced by 18 percent in the past 18 months, meaning the elimination of 1,210 full-time faculty and staff positions and a 25 percent cutback in per-student spending – all at a time when student enrollment is up 11 percent, reports Morgan Olsen, ASU executive vice president, treasurer and CFO.

But what most see as “devastating” cutbacks, Americans for Prosperity members see as nothing to cry about. On their Website, they say state agencies are “crying wolf.”

Americans for Prosperity “is trying to be the NRA of fiscal conservatives,” says the director of the Arizona chapter, Tom Jenney. “Government has its place, but I feel it’s pretty far from being its ideal size.” He wants it “big enough to protect people’s individual liberties but not big enough to cause damage to the economy.” (He sees government, not private greed, as the cause of the economic collapse.)

We agreed on one thing: This is no time to cut health care subsidies for families at the poverty level (which is exactly what Governor Brewer has proposed). Other than that, I found him as far right as you can get.

And he has willing ears at the statehouse, where many conservatives see this as a chance to permanently reduce government.

Here’s a glimpse at the Arizona we’d have under the Americans for Prosperity plan:

• There would be no all-day kindergarten, and Brewer agrees.

• There would be no public schools, only charter schools run by independent contractors who received tax money.

• We would sell off many state assets, including the Papago Park Military Reservation, home to the Arizona National Guard and the state’s entire emergency preparedness system (including the “war room” in case of a terrorist attack, natural disaster or meltdown at the Palo Verde nuclear power plant). The report also demands “very wide latitude” to buyers, including “preemption of existing local zoning and land use ordinances.” In other words, they could build whatever they want there. (The governor and legislature may have already outdone them: They’ve sold off the state Capitol to “investors” and are leasing it back for public use, an approach that will come back to haunt them when they have to repay the investors, with interest, plus play the rent.)

Marty Shultz finds most of this to be nonsense. “It’s fallacy to think you can cut your way out of government responsibilities,” he says, noting there’s a responsibility for public safety, a safety net, an education system and transportation. “A lot of their ideas are counterintuitive when you look at the facts. There are fundamentals that can’t be cut below a level or we just deteriorate.”

I second that. Business tax cuts won’t bring you new businesses if your state has a lousy school system. Sunshine won’t make you the solar capital without certain incentives. And pretty scenery won’t bring the tourists without open parks and decent roads.
And how about “privatizing” the state library and archives at the Secretary of State’s Office? Assistant Secretary of State Jim Drake tells me: “I wish we’d had a chance to talk to them before they wrote their report, because they claim they can save the state $6 million a year, and our figures show it goes just the opposite – there’s little or no savings, and it will cost us.”

State Librarian GladysAnn Wells stresses: “The fact we are a state agency and not a private entity means we have brought more than $61 million in competitive grant funds to Arizona and over $36 million in federal library funds – nearly $100 million would have been lost to Arizona over the last 12 years if we had been private.”

Then there’s the prospect of a private entity controlling public records. Wells calls that a “nightmare.” I call it absurd.

Shultz raises another issue: “Where’s the profit in running a library? That’s what a private business would want to know.” Would it charge to check out books or censor material? “These guys are working on a theory that’s never been tested, and they want to integrate it right now. If we make a lot of major mistakes, the recovery could be 10 or 20 years. We have to be careful.”

Shultz says he would temporarily raise the sales tax, impose tighter spending controls, create a strong economic strategy, create a solid energy policy and “wave a magic wand and do it on a bipartisan basis.”